Set up in 2017, BTSS held its first elections for board members in February 2018 where seven board directors were elected.  It has since gone on to grow beyond 100 members in its first year of existence.

BTSS exists to represent the supporters of Billericay Town FC and encourage the Club to take proper account of the interests of its supporters and the community it serves in its decisions.

BTSS is part of a network of Supporters Trusts in the UK, which come under the umbrella of Supporters Direct, of which BTSS is a member.

You can support our work by donating here

Supporters Direct has been working since 2000 to help supporters gain influence in the running and ownership of their clubs. Since launch, they have helped their members to establish over 185 trusts in the UK and have worked with supporters to purchase and develop more than 50 community owned clubs.

They have supported these members in raising more than £50 million to be reinvested back into their clubs and communities.  Their most famous members are The Dons Trust (AFC Wimbledon) and Exeter City Supporters Trust, who both own their clubs.

Join us on Social Media 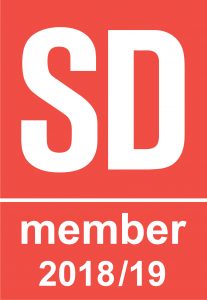